Your Guide to the Best 4K TVs for Gaming

The phrase ‘bigger is better’ definitely applies when playing video games. If you’re a die hard fan, you know how important it is to find the best TV for gaming because playing Minecraft on a lagging screen is frustrating, but all is not lost. TVs have come a LONG way in the past decade, especially when it comes to gaming. If you’re looking to upgrade your TV or dip a toe in the water as a newbie gamer, welcome to the world of 4K.

With a 4K TV, you can turn your home into a virtual arcade and level up your leisure time. With TVs specifically designed for today’s best video games, like Call of Duty and Final Fantasy, the whole experience of gaming has been revolutionised. Let’s take a deep dive into the best 4K TVs for gaming and get you up to speed with all the lingo. 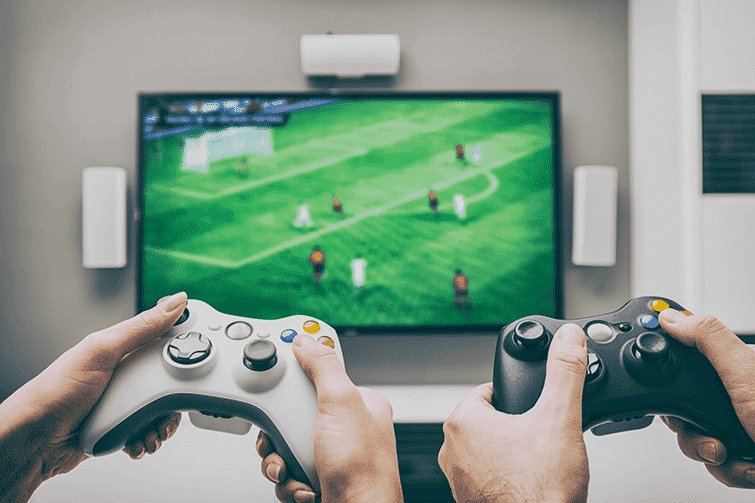 To help you understand just how crisp a 4K TV is, you first need to wrap your mind around the screen resolution. 4K refers to the screen’s horizontal display resolution and it’s around 4,000 pixels. So, when it comes to looking at anything on screen, the higher the resolution, the more information can be displayed, which is what gives you a better image.

The screen resolution of a 4K television isn’t the only perk. These TVs are built for gamers and it’s virtually impossible not to find a good one. If you want to know which 4K TV is best for gaming, look no further – we’ve got it covered.

By far one of the biggest advances in video game console technology has been the shift to HDR. To take full advantage of game graphics and console features, you’ll likely need to have a HDR compatible TV.

Essentially, HDR is what makes games look so darn great these days. It allows for more visual detail to be packed into each scene – details that are typically lost due to the contrast of light and dark on a normal TV. Pretty cool, huh?

When you choose your 4K TV, make sure you ask to make sure it's HDR compatible. Future you will thank you when they’re sinking hoop after hoop playing NBA 2K20.

“Whether you’ve been gaming since Atari or have just picked up your first Nintendo, getting the right TV will make all the difference.”

OLED vs QLED vs LED

Get ready to learn some new phrases. Even though the words above look almost identical, they are all different types of light-based technology.

QLED is short for Quantum Light-Emitting Diode. Don’t panic – it’s the technical term for a way of an LED TV with a layer of tiny nanoparticles (called quantum dots). It’s what gives this type of TV its super-charged colour and brightness. Sony pioneered the technology in 2013, but Samsung followed shortly after, so you’ll see QLED TVs from well-known brands like TCL, Sony and Hisense, amongst others.

OLED, on the other hand, which stands for Organic Light-Emitting Diode works a little differently. Even though it has LED in its name, it doesn’t use the same backlighting technique as QLED or LEDs. In an OLED TV, each pixel is a mini LED, so it produces its own light and colour.

One of the biggest differences between these three types of TVs is their ability to generate a black level on screen. OLEDs have the advantage here because when they need to generate a black colour, they simply switch off the pixels. QLEDs and LEDs have to dim the backlight in order to even get close, so if you’re playing a rather dark and stormy video game, an OLED might be the better choice for maximum impact.

What to look for in a 4K TV for gaming

Is a 4K TV worth it for gaming? Absolutely! And the best part? There’s a stack of choices when it comes to 4K TVs, and it will largely come down to your budget and how much space you have at home.

To get started, let’s take a look at a few things you need to consider before you buy.

This is probably the biggest factor when it comes to choosing a 4K TV for gaming. Response time – or your TV’s input lag – is the time it takes from when you press a button on your controller to when the action appears on your screen. The longer it takes your TV to register the action, the longer the lag (and the greater your frustration, we bet!). An input lag rating below 25ms is best so make sure you do some research.

Simply put, the refresh rate is how many times per second the image on a TV changes. It’s a number in hertz (or Hz) and the higher the number, the less motion blur you’ll see. This is ideal for gaming because there’s so much action happening on the screen ALL the time. A smooth and crisp picture means you are less likely to miss any hidden (or not so hidden) details of the game you’re playing.

To connect your PS4 or other gaming console to your 4K TV, you’re likely going to need a HDMI cable. Plus, the newer consoles are always shaking things up when it comes to connectivity, mostly to make your gaming experience better than ever. So, it’s important to check that the TV you’re looking at has the right built-in ports.

Choose your DESTINY (aka, a few 4K TVs for gaming to explore)

Now that you know the nuts and bolts of what to look for in a 4K TV, it’s time to explore a few practical options. As mentioned earlier, there’s a lot of choice in this area, so it’s important to work out what’s most important to you: is it rich colours? Or maybe it’s a lower input lag? It all depends on the games you regularly play, how you’re going to use the TV, and what space you have at home.

To kickstart your research, here are a few options.

For a sleek wall-mountable option, try Sony’s incredible 55" X90J 4K BRAVIA XR Google TV. This incredible TV has a full array backlight and master series processor, meaning it’s faster than many of its competitors when it comes to screen lag. Plus, its realistic picture quality with beautiful contrast, deep blacks and rich colours, will make you feel as if you’re IN the action (not controlling it). Add HDMI 2.1 to all this and you’ll get to feel a much smoother gameplay.

Remember the quantum dot technology mentioned earlier? Look no further than Samsung’s 75" Q70T 4K UHD Smart QLED TV. It delivers stunning colours and pictures in different lighting conditions, and its 200Hz motion rate means HDR games will feel more real than reality itself. It’s one of the best 4K TVs for gaming because it allows you to keep up with all the fast-paced action on screen, whether that’s a two player Street Fighter play-off, or watching your favourite show on Netflix.

You won’t miss a thing with the LG 65" A1 4K UHD Self Lit OLED Smart TV. With more than 8 million self-lighting pixels, no rock will be unturned or cave unexplored. Enjoy a lightning fast 1ms response time and because of its compatibility with Nvidia G-Sync you’ll see every game at its absolute best. Plus, this slim and stylish TV will win over the most anti-gaming person (you can watch almost cinema-quality movies on it, too).

A nice bonus feature of 4K TVs is that they already have a built-in setting to boost your gaming experience. If you’re asking, “should I use game mode on my 4K TV?”, then the answer is yes – give it a try!

Give your home gaming experience a 1UP!

Whether you’ve been gaming since Atari or have just picked up your first Nintendo, getting the right TV will make all the difference. Check out our full range of the best TVs for gaming. Ready, set – GAME! 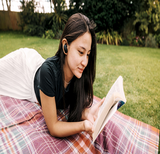 Noise Cancelling Headphones: Why They Are A Must-Have Item 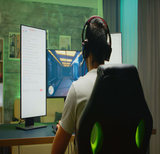 Everything You Need for a Gaming Room Setup

Why Tablets Are Great For Kids

Discover how a tablet can set your child up for success.

Be Your Own IT Department

Is your office IT no longer a call away? Learn tips on how to find your own IT solutions.

Is your child using the right tech at school? View our top tips, suggestions and more.

Why It's Time To Get A Projector

Outdoor movie nights are a must for summer fun, here's everything you need to know.

In need of a new TV but don't wait to break the bank? Here are our top 3 tips.

Discover 10 things you might not know about fitness trackers.

TVs In The Bedroom

Find out how a TV in the bedroom might actually be good for your relationship after all.

Calling all gamers, it’s time to upgrade your gaming set-up.

Invest In Your Dream Screen

Discover why there has never been a better time to upgrade your screen.

Where To Put The TV?

Uncover 6 of the most common mistakes people make when positioning their TV.

Phones are such deeply personal items, what does your phone say about you?

What To Ask Your Smart Speaker

These versatile little boom boxes are capable of a whole lot more than you might think.

Apple and Samsung dominate the market, but there are plenty of others to choose from.

Find the best mobile plan for your needs and budget to stay connected.

Designed for the way you live, find the TV that matches your lifestyle.

What Is Mini LED?

Everything you need to know about the latest in TV tech with Mini LED.

Check out our guide on how to upgrade your home theatre's sound system.

Ever wondered what the difference between QLED and OLED is?

Bose Now At The Good Guys

From speakers, earbuds and soundbars, check out our range of audio technology.

The latest headphones perfect for your daily commute, working at home or working out.

Is your child ready for a mobile phone? Read our tips and suggestions to help you decide.

Immerse yourself in the action with the latest 4K TVs for the ultimate gaming experience.

The latest tech explained so you can enjoy the best viewing experiences.

Check the news, play music, find a recipe or settle a debate - all that and so much more.

All the latest tech and gear to setup the ultimate, fully immersive gaming experience.