Keeping your home cool in summer is key to living comfortably during those hot days and nights, especially when you don’t have access to an air conditioner. That’s where fans and air circulators can come to the rescue, supplying refreshing breezes at a very low cost when compared to air conditioners. And they’re energy efficient, too. Whether it’s ceiling fans, pedestal fans, tower fans or even desk fans, there are options out there to suit your needs and to help give you some relief from those scorching summer days. Our comprehensive guide to fans and coolers details your options and the information you need before buying.

The best fan for your needs will depend on where you need cooling, the size of your room, budget and, of course, personal preference. There are five main types of fan.

Tower fans are a great option if you don’t have a lot of space as they’re tall and narrow, and only take up a small amount of floor area. Strong and usually quiet, tower fans push air across a wide area and can be purchased with or without blades, to ensure the safety of your family, especially if you have children.

While they’re similar to pedestal fans, tower fans tend to have more features such as an in-built thermostat, which can check the temperature of a room and automatically turn on and off when required.

Best used in: Bedrooms and other small rooms.

A classic choice, pedestal fans have the ability to affect large rooms, and their height and direction (straight or rotating) can be adjusted to give you more control and flexibility. More powerful than tower fans, pedestal fans are a great option if you need to service a large room or need greater control over air direction. They’re portable, so can be moved from room to room.

Desk fans are a quick and easy solution to catch the breeze while you’re working at home or in the office. Depending on the power source, desk fans only need to be plugged in and switched on to operate.

Best used in: The office or at home, on your desk.

Floor fans are small devices that operate from the floor and can be placed in the corner of a room, out of the way. Look for one with an adjustable height and direction, for greater control and flexibility.

The difference between a fan and an air circulator is that air circulators keep the air in a room moving constantly, which creates a cooling effect. While fans blow air on you to provide a nice cooling breeze and are generally only used in summer, air circulators can actually be used year-round. This is because they don’t create a “wind chill” effect, but rather regulate the temperature in a room.

“Air circulators are also very handy to use in conjunction with your air conditioner in summer, as they can help to circulate the cool air around the room quicker, meaning your air conditioner won’t need to work as hard and you might see some benefits on your energy bills,” says Scott Bazley, Heating and Cooling Buyer at The Good Guys.

The power a fan can produce depends on three key factors – size, speed settings and motor.

“Before beginning your search for a new fan, you’ll need to keep in mind how big the room is that you’re purchasing it for, as that will ultimately determine the fan size and motor power you’ll need,” says Scott Bazley.

“Before beginning your search for a new fan, you’ll need to keep in mind how big the room is that you’re purchasing it for, as that will ultimately determine the fan size and motor power you’ll need.”

Fans with high speed settings, such as those with a high number of watts, will generate a lot of air movement and provide you with greater control over the temperature in your room.

Ceiling fans are powered by an in-built motor, so buying the right size for your room is critical. If you buy one that’s too small, your fan won’t work effectively, while if you buy one with a motor that’s too big, you’ll be wasting a lot of energy when you don’t need to and you’ll feel it when your energy bill arrives. The bigger the motor, the faster the fan will spin.

There are two different types of motor found in ceiling fans – DC motor (direct current) and AC motor (alternating current). AC motors are the most powerful, measuring from 17.3 to 58 watts, while DC motors are more energy efficient by using less power, ranging from 5.2 to 27.5 watts.

“Fans with big motors will spin quickly, while there are also stability and noise benefits as they won’t make as much sound,” says Scott Bazley. “This is particularly handy if you’re looking to install ceiling fans in bedrooms.”

There are many features to consider when looking for the perfect wireless speaker for you. These include:

Fans are a great, cheap alternative to air conditioners, but while they are cheap to run per hour, cost can add up quickly as homes will generally feature more than one fan.

As an approximate guide, here’s what different types of fan will cost per hour to run*:

*Based on figures from canstarblue.com.au

All ceiling fans must be installed by a licensed professional, such as an electrician. The Good Guys makes this process easy, with tradies on-hand, ready to come to your home and install your ceiling fans, including those with light fittings, to get your new cooling system up and running as soon as possible.

Portable fans are very affordable and depending on your needs and the features you’re looking for, there’s one to suit every budget.

Learn more about the Dyson Pure Cool Purifying Tower Fan, helping you control and monitor the air quality in your home.

The best appliances to keep you cool when the mercury rises.

Learn how air treatment can relieve allergies and other respiratory conditions.

5 features to look for in a reverse cycle split system air conditioner to suit your home. 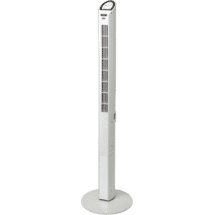 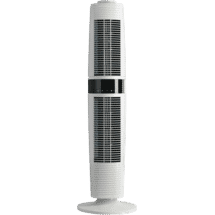 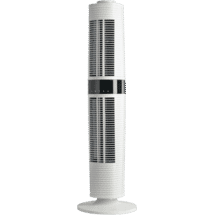 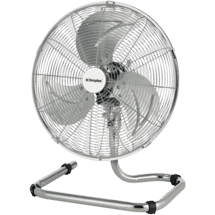 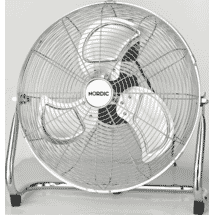 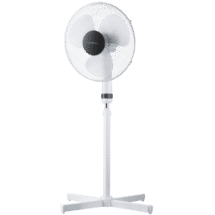 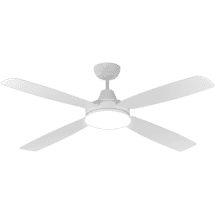 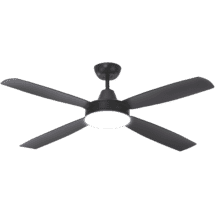