Laptops continue to increase in popularity due to the increasing need and convenience of accessing documents and content while on the move. With so many different manufacturers, models and tech on the market, it can be difficult to look for and decide on the Laptop that is right for you. We break down the key aspects to look for and what technology will suit your needs.

Just like a desktop computer, laptops and notebooks can be used for a range of purposes, including for school and university, work, gaming, to listen to and download music and videos, graphic design and video editing, and for general use such as for searching the internet and completing online tasks such as paying bills online.

“Laptops are rising in popularity due to their mobile nature in that they’re able to be carried with you and used wherever you go,” says Jason Tavoletti, The Good Guys Buyer - Computers, Printers & Monitors.

“Even though they’re portable and compact, laptops are extremely powerful and operate just as fast and efficiently as desktop computers.”

For more information about what to look for in laptops for purposes such as schooling, home office and gaming, please read on as we outline the inclusions you’ll need for each.

Laptops are designed to be a portable version of your desktop computer, with similar functionality and performance. Laptops are essential for working from home, connecting with friends online, studying at school and university, playing online games and much more.

A 2-in-1 laptop is exactly as the name suggests – it’s essentially two products in one. 2-in-1 laptops provide the functionality of a laptop with the portability of a tablet and can be used as either a traditional laptop or a touchscreen tablet.

A gaming PC is like a high powered regular computer, but it’s designed for PC gaming, has more power, can work harder, and has specific gaming hardware. Gaming Laptops contains better graphics, more detailed sound, amazing responsiveness, a lot of extra speed, and more power at every turn.

“Laptops are rising in popularity due to their mobile nature in that they’re able to be carried with you and used wherever you go,” says Jason Tavoletti, The Good Guys Buyer - Computers, Printers & Monitors.

A modern PC is a thin and light computer that is faster, more powerful, longer battery life, efficient and secure than a traditional PC. Modern PCs operate in this way as they are equipped with a solid-state drive (we’ll cover this later on), which is faster than a traditional hard drive.

What is the purpose of a Laptop?

Just like a desktop computer, laptops can be used for a range of purposes, including for school and university, work, gaming, to listen to and download music and videos, graphic design and video editing, and for general use such as for searching the internet and completing online tasks such as paying bills online.

“Laptops continue to rise in popularity due to their mobile nature in that they’re able to be carried with you and used wherever you go,” says Jason Tavoletti, The Good Guys Category Manager - Computers, Print & Monitors. “Not only are devices becoming more thin and light, some laptops are extremely powerful and operate just as fast and efficiently as desktop computers. Laptops are essential for working from home, studying, connecting with friends, and playing online games.”

For more information about what to look for in laptops for purposes such as schooling, home office and gaming, please read on as we outline the inclusions you’ll need for each.

Both Microsoft Windows (PC), Apple (Mac OS) and Chrome (OS) have their own lines of laptop. So what’s the difference?

Other benefits of Windows laptops include the ease with which they can be upgraded, with separate parts of the laptop able to be upgraded at different times, meaning the longevity of your laptop can be improved. The most common reasons users will upgrade parts of their laptop is for RAM (random access memory), so your computer can run its programs effectively, and storage space. Windows laptops also have better support and graphics for gaming.

Users need to be aware that Windows laptops are more susceptible to viruses and malware, meaning it’s critical that you install virus protection software onto your laptop to keep your personal details and work safe.

One of the biggest benefits of Mac laptops is their close relationship with all Apple products, including the iPhone. Macs can share files with your iPhone and iPad wirelessly using AirDrop and iCloud, while you can also receive calls and iMessages on a Mac and open documents that are open on your iPhone or iPad.

Unlike Windows laptops, Macs are only built by Apple and that control over the hardware means there are fewer problems and more stability in these machines. Macs are very popular among graphic designers and video editors due to the simplicity and usability of the operating system, including the fact updates rarely need to be made to the operating system, and that the visual appearance on a Mac screen is very similar to what is created on a printed page.

Macs are far less susceptible to viruses and malware, however malware can be written specifically for a Mac so installing virus protection software on your computer is recommended.

Chrome OS is the fast, simple, and secure operating system that powers every Chromebook. It optimises battery performance and keeps your laptop working at peak performance even when you are rebooting, updating, streaming videos or have multiple tabs and apps open. Chromebooks generally come with built-in antivirus protection and Chrome OS updates it automatically, so you do not have to worry about a thing.

The processor, or central processing unit, is the most important aspect of your laptop as it is the chip inside the machine that enables all functions and programs to run effectively. While shopping for a laptop you might find yourself questioning what the difference is between a cheaper model and a more expensive one, and the answer is usually the processor.

Before you start shopping and getting into what type of processor is in each machine you’re looking at, consider what you’ll be using your laptop for and use that answer to decide how much power you need. Investing in a high-end processor means your laptop will run more smoothly and efficiently, however the price will be more expensive.

“Graphic designers, video editors and gamers generally need the most powerful processors due to the weight of the programs they run, while everyday users and students will find more cost-friendly options are suitable for their needs,” says Jason Tavoletti.

Intel is the market leader when it comes to processor manufacturers, while AMD processors are available in some machines and are more affordable, so if you’re on a tight budget, AMD could be an option for you.

One of the most important aspects of your laptop, ensure you’re considering laptops with ample storage space for your needs, whether that be to store documents, applications, videos or music.

Laptops have either a traditional hard drive (HDD) or solid-state drive (SSD). Most Laptops have moved to SSD devices.
HDD: Found in some laptops. These are cheaper and have more capacity than SSD devices.
SSD: Although they have a smaller capacity, SSDs run a lot faster, allowing you to transfer, save and access files more quickly. More of the current Laptops contain SSD storage.

Similar to choosing your processor, consider what you’re using your laptop for and the type of files you’ll be storing, as this will determine how much storage you need.
The sizes are measured as follows:
1TB = 1000GB
1GB = 1000MB

“If you don’t store music and only have a few photos, or store your files elsewhere, such as on a portable hard drive, an SSD of around 120GB to 250GB is plenty.”

Memory is measured in RAM (Random Access Memory). RAM is what programs use to run and determines the speed at which these programs run. The higher the RAM, the quicker your programs will run, and the more programs you can run at the same time. The amount of RAM in each laptop varies but the more RAM, the more expensive the laptop.

Every laptop display is made up of a series of dots called pixels. The more pixels you have, the better the quality of your screen and the more detail, including lines of text, you see. Laptop screen quality is measured in resolution and, unless you’re buying the cheapest laptop you can possibly find, you should always purchase a laptop with at least 1920 x 1080 resolution.

The biggest advantage of a larger screen is that you can view your content from a further distance and it’s easier for users to not only view content but to work efficiently.

Laptops with smaller screens are generally lighter and are carried around more easily, as the overall size of the laptop is smaller. If you need a laptop for travel and to use while on a flight, then a smaller screen size is for you.

Virus protection software is the most important accessory to purchase with your new laptop/notebook as it will protect your documents and files from viruses and malware.
Laptop bags are also one of the most common accessories to ensure you can carry your laptop with you and keep it safe.

External hard drives: For more storage space outside the memory on your laptop.
Wi-Fi range extender: To extend your Wi-Fi range to ensure you can use your laptop and internet efficiently from anywhere in your home.
USB port hub: To add more USB ports to plug-in devices or accessories.
HDMI adapter: To add an HDMI port to your laptop if it doesn’t have one already.
Mac vertical doc: To open up space on your desk and store your Mac.

“Protecting your files and personal details from harmful viruses and malware is critical, so if you don’t already have virus protection software, purchase it with your new laptop to ensure your online security is up to date and working properly,” says Jason Tavoletti.

The Good Guys has a wide range of virus protection software and laptop accessories. Shop our range in-store and online.

How Much You’ll Pay For a New Laptop

Entry-level Windows laptops start from under $400 and range up to under $4000 for a premium laptop with plenty of RAM and storage. Shop the biggest range of Windows laptops from the best brands, including Acer, Lenovo, HP, Dell, and Microsoft Surface from The Good Guys in-store and online.

There are plenty of options ranging from a MacBook Air at $1499 to the latest MacBook Pro up to $3000+. Shop official Apple Macbooks at The Good Guys in-store and online.

Learn more about the technology of two-in-one laptops with Lenovo’s range.

High-Speed Gaming With A Laptop

See how high-speed gaming can occur with Dell’s 3G laptops available at The Good Guys.

All the latest tech and gear to setup the ultimate, fully immersive gaming experience.

The latest headphones perfect for your daily commute, working at home or working out.

Looking to upgrade to a smart home? Find everything you need to know in our guide. 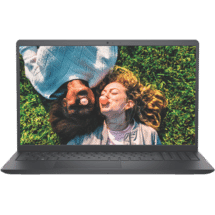 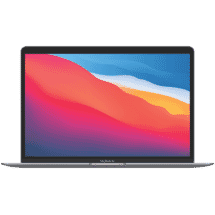 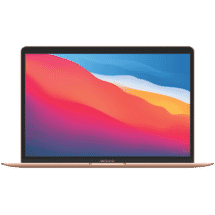